Website of the ESRC-funded project Discourses of Voluntary Action at two 'Transformational Moments' of the Welfare State, the 1940s and 2010s

On 2 July 2019 the Discourses of Voluntary Action team organised our end-of-project conference ‘Back to the Future: What next for voluntary action and the welfare state?’ We asked PhD student Charlotte Nisbet for her reflections on the day:

What a successful day! The Back to the Future event was a combination of enthusiasm, meaningful discussion and thought provoking questions showcasing the complex and ever evolving provision of welfare in Britain. The setting was the beautiful Friends House which houses the central offices for British Quakers – an intriguing building which also offers meeting spaces for events. Appropriately, it was also a popular choice for conferences and meetings held by voluntary organisations in the 1940s.

Justin Davis Smith (City, University of London) kicked off proceedings with a short introductory talk (and he continued throughout the day to chair panels and kindly keep us all to time). The research team then presented research findings contrasting two time periods (the 1940s and the 2010s) and comparing three different narratives – the perspective of the voluntary movement using the records of five national organisations, the voice of the public via Mass Observation, and the views of the state through Hansard and white papers and reports. The team discussed how boundaries between the state and voluntary action – and other players including the market, family/individuals – are currently being renegotiated (as occurred in the 1940s with the establishment of comprehensive welfare services). The team posed some interesting questions for us to reflect on including:

Read some of the audience’s responses here.

The rest of  the day included contributions from the chief executives of all four project partners including Kathy Evans (Children England), Steph Harland (Age UK), Anna Smee (UK Youth), Karl Wilding (CEO elect of NCVO), alongside Anne Baxendale of Shelter and Elizabeth Balgobin (a voluntary and community sector consultant). There were a number of calls for different parts of the voluntary sector to work more closely together, but a recognition that organisations should remain distinct in their purposes. Audience views gathered via menti.com were interesting, with several noting that the voluntary sector had to some extent been ‘complicit’ in enabling government cuts to welfare services since 2010.

We also heard from some related research projects including that of Ellie Munro, a PhD student at the  Third Sector Research Centre in Birmingham, who blogged about her paper here. The enthusiasm and participation level in the room was astounding. Some discussions were really challenging, but hard questions need to be asked as the third sector is constantly met by new and diverse challenges.

I have only recently started a PhD, so am something of a novice at these events. However, the community and atmosphere in the room was so warm, so open and honest, with people so eager to learn that it was infectious. You can’t help but be inspired and brought into the community! I truly find it a blessing that I get to attend events with such an eclectic and passionate group of people who inform me of their culture, beliefs and their learning. For example, sitting near me were two international students (one from Canada and the other from Australia), two CEOs of national charities and two members of the research team – and that was just my table! Each had a different experience of their time in the voluntary sector, but we were able to identify overarching themes of increasing welfare cuts, changes in political orientation and yet the continued resilience of the third sector.

I came to the event as I wanted to learn more about the voluntary sector past and present (and all that it entails) and I definitely learned a lot. Sometimes whilst there is great value in studying books and reading articles, it is events like these that truly bring them to life and show me the real world relevance.

I came away feeling enlightened, inspired and determined to keep investigating the fascinating realm of the third sector. Thank you to the entire research team, hosts, guest speakers and all participants for a brilliant day. I look forward to reading more about the research findings when they are published. 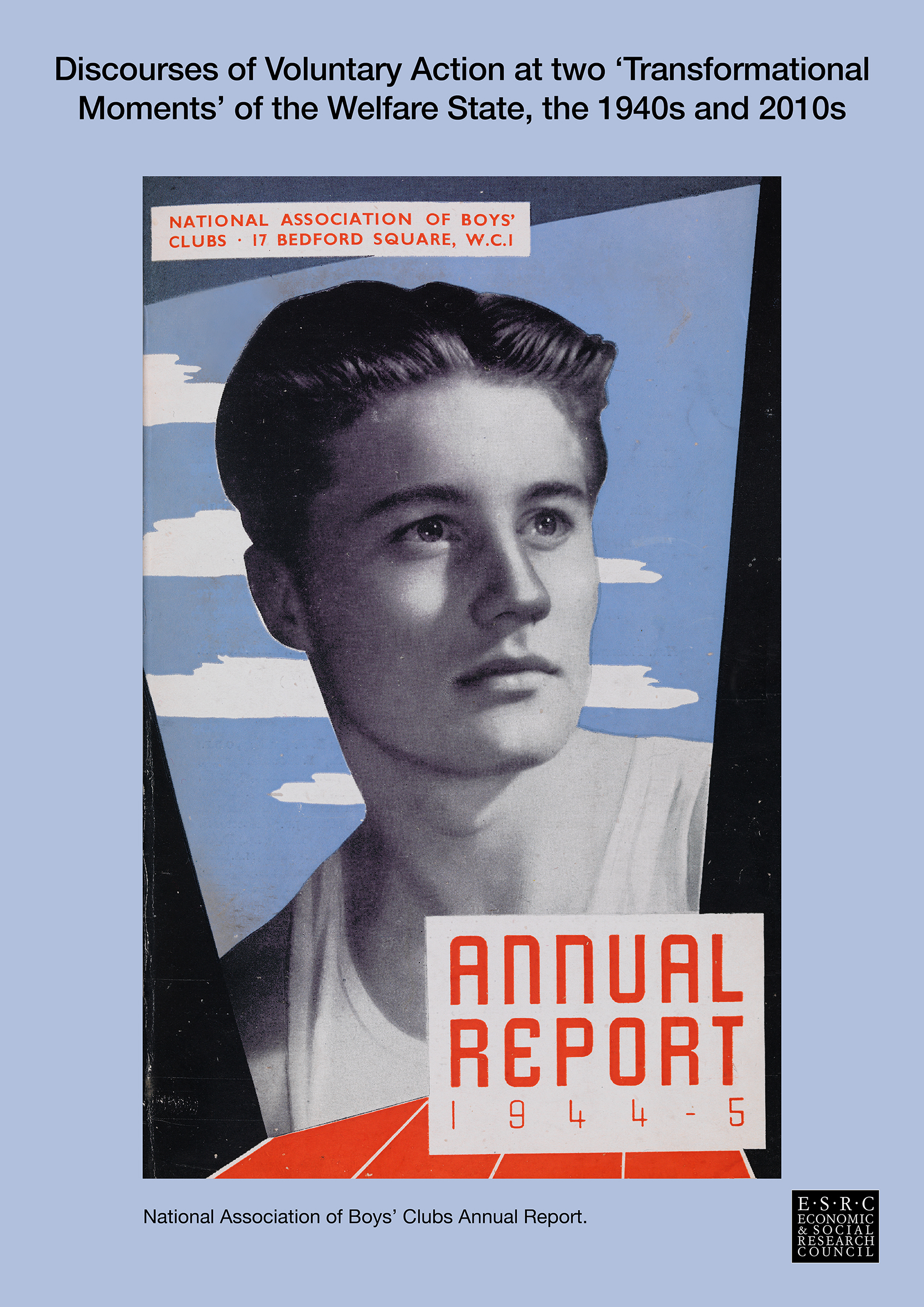